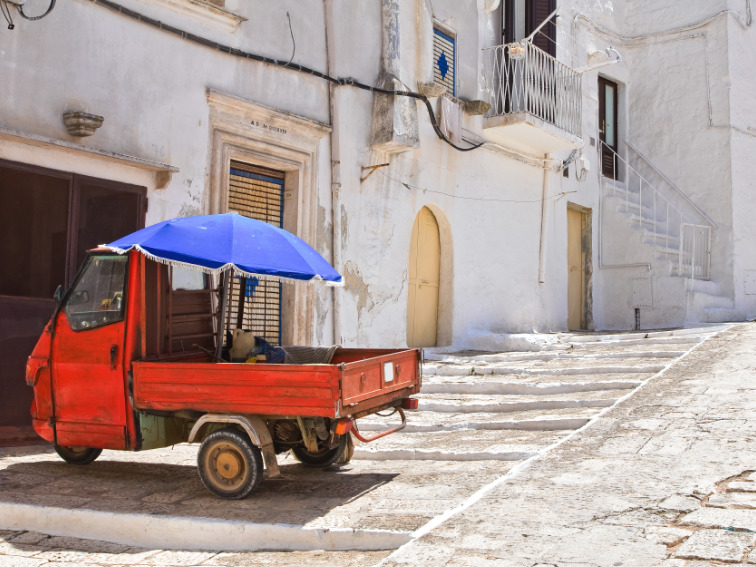 An ancient city of Messapian origins, it is one of the most ancient places in the whole of Puglia. Its beauty is unique and enveloped by suggestions full of charm and tradition.

Ceglie Messapica boasts the recognition of Città d’Arte e Terra di Gastronomia for its numerous monuments and places of historical and archaeological interest and for the ancient gastronomic traditions.
Ceglie, was one of the cities belonging to the Dodecapoli Messapica, whose main center was Oria and included twelve cities all located in the current Salento: Alezio, Ugento, Brindisi, Vereto, Otranto, Ceglie Messapica, Manduria, Mesagne, Nardò, Oria, Cavallino, Roca. The city-states were autonomous with a real political-military organization with their own king and their own laws, but they all belonged to the Messapian Civilization. Almost all were surrounded by walls and dominated by the acropolis where the palaces, the temples of the deities and the agora, the people's square, the market and the meetings stood and also included the surrounding territory with the villages, the military outposts and ports, in addition to the campaign for crops and grazing. There are numerous archaeological remains of the Messapian civilization, such as the defensive system consisting of city walls, temples and necropolises, from where many ceramic and metal finds come from, now dispersed in numerous public and private collections..

There are numerous farms, large estate still operating or restored and converted into accommodation facilities such as bed & breakfasts and charming farmhouse with large areas of farmland and olive groves of enormous extension.

But Ceglie is also Land of Gastronomy and it is no coincidence that in this place it is possible to taste real delicacies with a taste of other times. Just to name a few, the cegliesi biscuits, made of toasted almonds, produced in the area of the Alto Salento, and homemade jams, were prepared in ancient times for important religious feasts and wedding banquets.
Also famous is the cegliese sandwich, a sandwich stuffed with tuna and extra virgin olive oil, seasoned provolone, mortadella and capers, a real pleasure for the palate!

There are also numerous restaurants and trattorias where the simplicity of the products and ingredients of the Salento tradition come together to create excellent dishes from every point of view.

What are you waiting for to book your holidays in Salento?